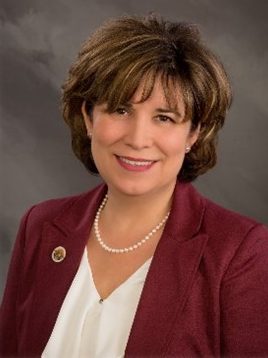 Rebecca Casper was re-elected to a second term as Mayor of Idaho Falls in November 2017. Idaho Falls is a city of 65,000 located on the banks of Idaho’s Snake River and is the largest city east of Idaho’s capitol. The city follows the strong mayor model and supports 11 departments and 7 enterprise funds and utilities with an annual budget of approximately $250M.

Prior to her election, Mayor Casper taught university-level courses in American government and state and local governance. She earned her BA and MA from BYU-Utah and a Ph.D. in political Science from UC-Berkeley. Prior to that, she worked as a research associate at the Brookings Institution in Washington D.C.

At the state level, Mayor Casper serves as a Director for the Association of Idaho Cities and is a member of Idaho’s LINE Commission charged with promoting nuclear energy opportunities for Idaho. She serves on the Regence Blue Shield of Idaho Board. In 2016, Mayor Casper was selected as a participant in Governing Magazine’s Women in Government Leadership Program. She has twice been selected as an Idaho Woman of the Year in 2016 and 2020.

Nationally, Mayor Casper serves as a Board Officer for the Energy Communities Alliance (ECA) advocating for Idaho’s nuclear energy and environmental clean-up interests.

Rebecca has raised four children. All are pursuing higher education—one in undergraduate study, two pursuing graduate studies, and one working as a consultant in the advanced nuclear energy field.