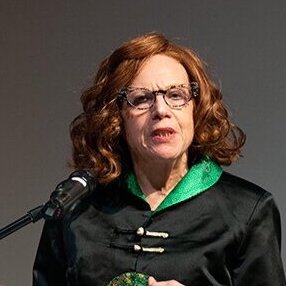 Silverman’s most recent book, The Miracle of Analogy, which was published by Stanford University Press in March, 2015, is the first installment in a three-volume reconceptualization of photography. Since this book is primarily concerned with photography as the agency through which the world reveals itself to us, it focuses on images in whose formation the photographer played only a nominal role: on the pre-optical camera obscura’s image-stream, and photographs made during the first three decades of chemical photography.  And although Silverman discusses works by a number of contemporary photographers, they are all close in spirit to the photographs of the nineteenth century photographers who figure most prominently in Miracle: William Henry Fox Talbot, Anna Atkins, and Julia Margaret Cameron.

The second volume,The Three-Personed Picture, is about the gradual emergence of a very different kind of image: one that is pictorial in nature. It is shaped both by the subjective intelligence of the photographer, and the objective intelligence of the world. It is also a “three-personed picture”–one requiring a sitter and a beholder, as well as an author. Through it, the saving power of photography finally became not just ontological, but socio-ontological.

The final volume in this trilogy, The Promise of Social Happiness, is focused on the re-emergence of pictorial photography in the second half of the twentieth century and the first decades of the twenty-first, through two closely-related forms:  photo-painting, and large-format photography.

Before joining the History of Art Department at Penn, Silverman taught for many years at Berkeley. She wrote Speaking About Godard—itself a book about couples—during this period with Harun Farocki, her life partner from 1992–1999. They also collaborated in many other ways during their years together, including co-teaching four seminars at the University of California, Berkeley.

Earlier in her career, she taught at the University of Rochester, Brown University, Simon Fraser University, Trinity College, and Yale University. Shortly after arriving at Penn, Silverman was awarded a Distinguished Achievement Award by the Mellon Foundation, which has provided the motivation and the funding for a wide range of events: academic lectures, public conversations with artists and curators, artist residencies, and two major conferences, the first in conjunction with an exhibition at the ICA, and the second in conjunction with an exhibition at the PMA. It also allowed her to curate an exhibition of Knut Åsdam’s work that included a commissioned piece, to co-curate a Victor Burgin exhibition with Homay King, and, most recently, to curate a solo show of Carrie Schneider’s work, all in collaboration with Aaron Levy and the Slought Foundation.