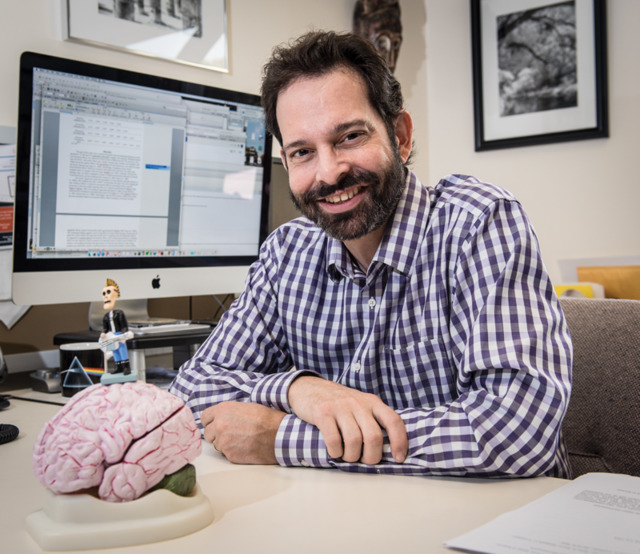 Dr. Zald, received a Ph.D. in clinical psychology from the University of Minnesota (1997). After completing an internship in clinical neuropsychology and  post-doctoral fellowship in neuroimaging, he served on the faculty at Vanderbilt University, where he eventually directed the undergraduate neuroscience major and served as an associate director of the Vanderbilt Brain Institute.  He was recruited to Rutgers to start a new neuroimaging facility on the Busch campus.

Dr. Zald uses functional neuroimaging and neuropsychological techniques to examine and map the cognitive, affective and sensory functions of the orbitofrontal cortex, amygdala and the mesolimbic dopamine system. This work particularly focuses on understanding the manner in which individual differences in the functioning of these systems contributes to personality and risk for psychopathology.  In recent years this work has examined the interaction of emotion and attention, the neural substrates of economic decision making, and the behavioral correlates of individual differences in dopamine.  This work includes studies of impulsivity, motivation, the willingness to expend effort for rewards, and changes in dopamine with aging.  A major thread of his recent work examines the neural substrates of dimensions of psychopathology, specifically factors of psychopathology that cross the boundaries of different psychiatric disorders.