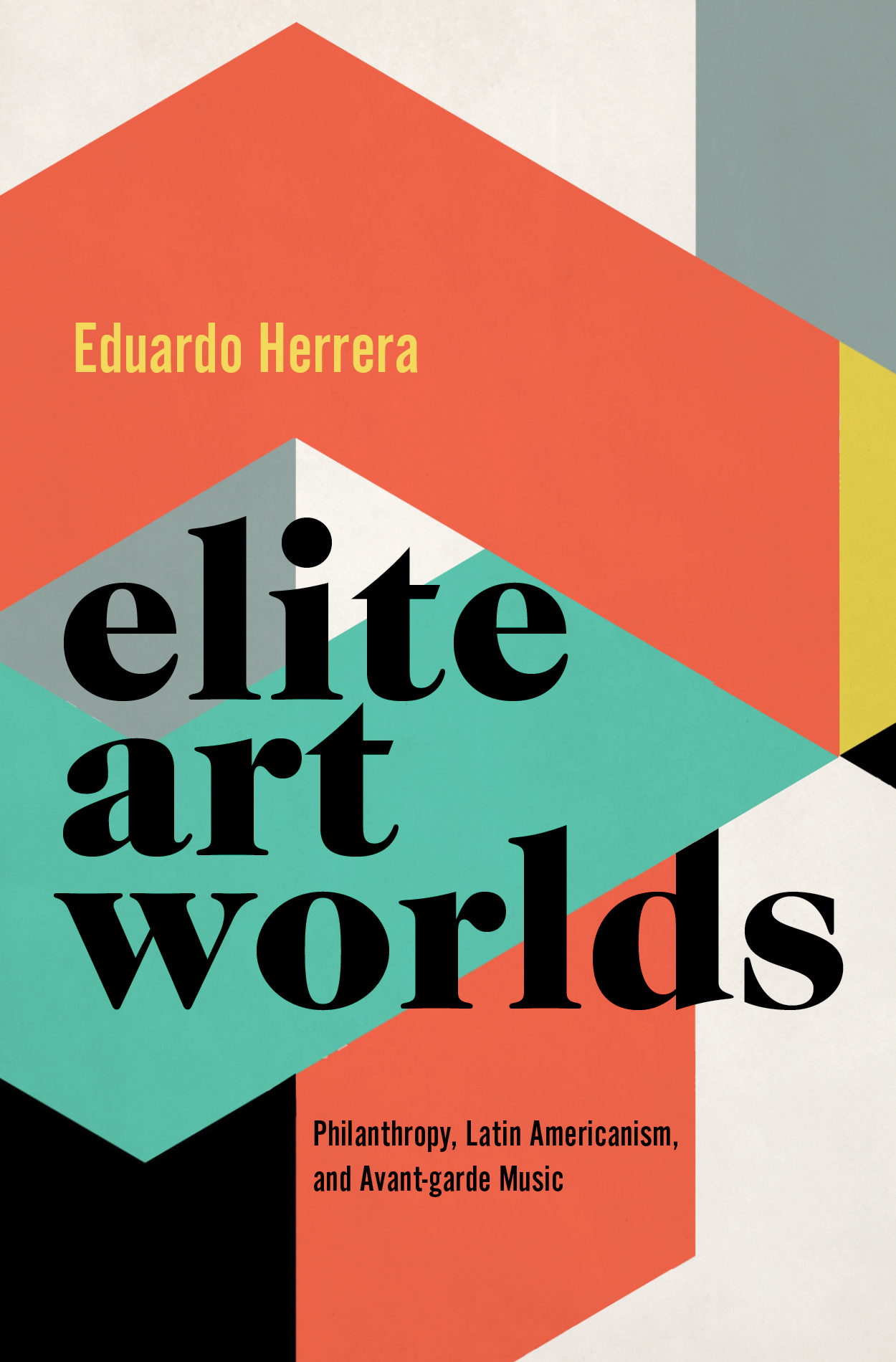 On September 16, 2020, Oxford University Press will make available my book Elite Art Worlds: Philanthropy, Latin Americanism, and Avant-garde Music as part of its “Currents in Iberian and Latin American Music” series. The book is the result of twelve years of research on the Centro Latinoamericano de Altos Estudios Musicales (CLAEM; Latin American Center for Advanced Musical Studies), a graduate school in composition located in Buenos Aires, Argentina that offered two-year fellowships to composers from all over Latin America. CLAEM was part of the Di Tella Institute, a conglomerate of centers for cutting-edge research in multiple areas of knowledge.

Between 1962 and 1971, CLAEM became the central hub of Latin American avant-garde music. With the support of the Rockefeller Foundation and the wealthy Di Tella family, CLAEM invited some of the most recognized young composers of the region to undertake graduate studies in a unique privileged setting under the direction of Alberto Ginastera and with permanent and visiting faculty that included Gerardo Gandini, Francisco Kröpfl, Mario Davidovsky, Iannis Xenakis, Luigi Nono, Aaron Copland, Luigi Dallapiccola, Bruno Maderna, Riccardo Malipiero, Olivier Messiaen, Roger Sessions, and Earle Brown.

In Elite Art Worlds, I combine oral histories, ethnographic research, and archival sources to reveal CLAEM as a meeting point of US and Argentine philanthropy, local experiences in transnational currents of artistic experimentation and innovation, and regional discourses of musical Latin Americanism. The story of CLAEM shows how musical avant-gardes were articulated, embodied, resignified, and institutionalized in Latin America, how composers during the 1960s engaged with discourses of Latin Americanism as professional strategy, identification marker, and musical style, and sheds light into the role of art in the legitimation and construction of elite status and identity. By looking at CLAEM as both an artistic and a philanthropic project, Elite Art Worlds illuminates the relationships between foreign policy, corporate interests, and funding for the arts concerning Latin America and the U.S. in the mid-twentieth century.

There are three central questions addressed in Elite Art Worlds. First, how are we to understand 1960s US philanthropy focusing on Latin American music in relation to local Argentine elites and US foreign policy and cultural diplomacy? Second, what are the peculiarities germane to the embrace, adoption, and reception of avant-garde music at its most important Latin American hub? And third, in which ways were CLAEM composers invested in the shift of regional discourses about musical Latin Americanism within the Western art music tradition as the 1960s came to an end?