The Alcohol History Collection grew out of efforts by the library staff at the Center of Alcohol Studies to identify and preserve historical materials from the library’s collections. Many of these materials had been donated over the years by Center personnel and other interested scholars and researchers. These efforts were augmented by two large donations in the late 1980s. The (then) National Council on Alcoholism donated its entire headquarters library, which included a number of historical monographs. Shortly afterward, Moravian College in Pennsylvania donated a collection of Temperance monographs from the research project of a former faculty member.
Most of the materials in the Alcohol History Collection date from the 1830s to the early 1960s, although a few works are translations or revisions of originals dating back to the 1600s.The collection contains works written for the general public, students, educators, physicians, and researchers in alcohol studies. Learn more about the collection.

The Alcohol History Collection is an assortment of over 500 monographs, pamphlets and journals on the Temperance and Prohibition movements. It also includes images in the form of drawings, engravings, photographs, and portraits, in addition to samples of temperance regalia and banners. The dates of these works range from the 1700s to the 1960s, concentrating mostly in the 19th and early 20th centuries. The oldest monograph in the collection is dated 1707. 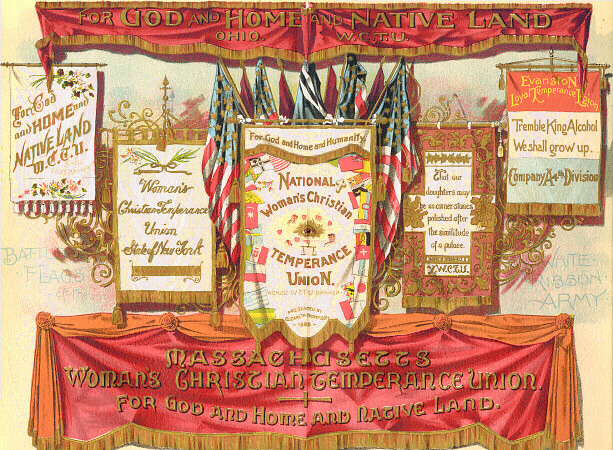 Themes in this collection include the alcohol beverage industry, psychological and physiological effects of alcohol, social and domestic problems stemming from alcohol abuse, legislation, and moral and religious aspects. They exist in various formats, including biographical sketches, personal testimonies, fiction works, scientific and medical essays, and accounts of organizations. Many of these materials are accompanied by bibliographies, charts, graphs, illustrations, maps, and statistical tables.

The subject content encompasses a wide range of topics relating to the American Temperance and Prohibition Movements. Themes that appear frequently include social and domestic problems caused by inebriety, legislation and enforcement of laws, physiological and psychological effects of alcohol, moral and ethical discussions, and the alcohol beverage industry. Most items in the collection are English-language, printed in North America or parts of the United Kingdom, but there are occasional foreign-language items from Europe.

Monographs comprise the bulk of the indexed collection, although the Center has acquired some periodicals and pamphlets that will be processed and added to a future edition of the finding aid. To facilitate scholarly research, a number of photographs and other illustrations contained in these monographs have been indexed for this finding aid. More illustrations (posters, prints, broadsides) will be added to a later edition.