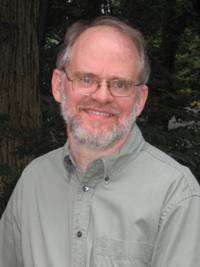 Mark Baker is Distinguished Professor of Linguistics and Cognitive Science at Rutgers University.  He received his Ph.D. in Linguistics in 1985 from MIT.  He taught at McGill University in Montreal for 12 years before moving to Rutgers in 1998.  He specializes in the syntax and morphology of less-studied languages, particularly those of the Americas, Africa, and Asia. He seeks to bring together generative-style theories, data collected from fieldwork on diverse languages, and typological comparison in a way that illuminates all three–an approach sometimes called Formal Generative Typology.  One of his mottos is “Languages are all the same — but not boringly so.”  Another is “The more languages differ, the more they are the same.” He has written five research monographs, numerous journal articles, and one book for a popular audience (The Atoms of Language, 2001). He is also interested in studying the human mind, including the possibility of nonbiological, dualistic approaches.

For a more extended and personal autobiographical statement “How I became a linguist – and why I remain one”, click here.