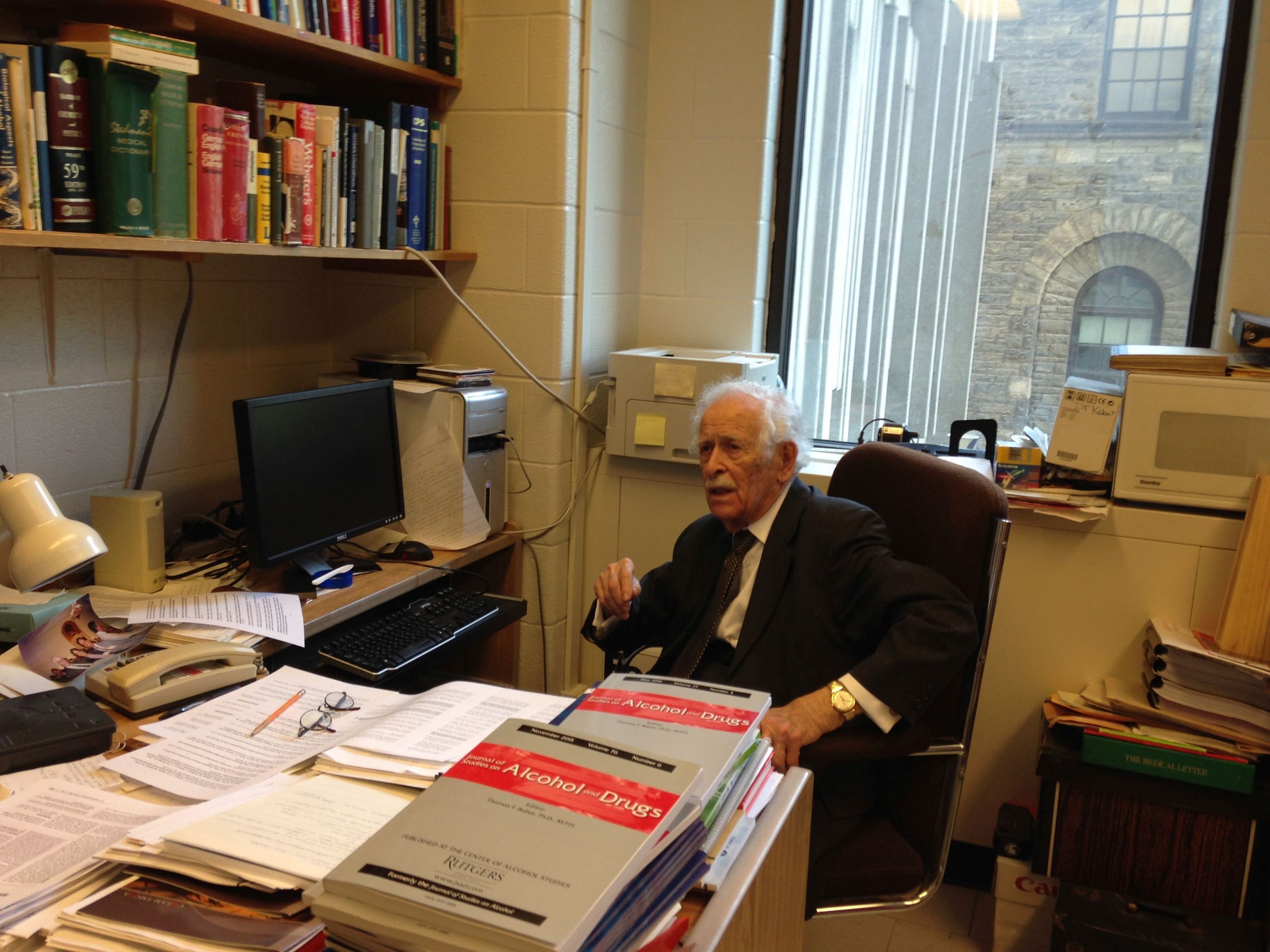 When the Medical Library Association held its annual conference in Canada in 2016 at the impressive Metro Toronto Convention Center, there was something else on the agenda in addition to a poster that William Bejarano and Judit Ward presented.

We also had an interview scheduled with the renowned Dr. Harold Kalant, the president of the most prestigious recognition in addiction research, the Jellinek Memorial Awards in his office at the University of Toronto. Generous with his time, Dr. Kalant, a forward-looking and visionary leader and scientist, reflected on the most pressing issues of addiction science and some related public health topics, in addition to sharing his memories about E. M. Jellinek. Unfortunately the building where their offices resided no longer exists. Dr. Kalant spoke very highly and affectionately of the “grandfatherly” Jellinek, even if he, as admitted, never called him “Bunky.”

Read the interview published in the Journal of Studies on Alcohol and Drugs.