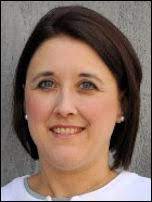 Ellie Espling is an accomplished political leader in Maine and currently serves her state as a Constituent Services Representative for U.S. Senator Susan Collins. Prior to joining the staff of Senator Collins, Ellie ran for a Maine State Senate seat only to lose by a small margin. She previously served in the Maine House as a State Representative limited to four terms due to Maine term limits. During her service in the Maine legislature, Ellie was elected by her peers in the minority caucus as the Assistant House Minority Leader for two consecutive terms. During her tenure, Ellie served on various committees including the Inland Fisheries and Wildlife Committee, the Joint Standing Committee on Rules, the Legislative Council and the Council’s Personnel Committee. Ellie was elected at the Maine Republican Convention in 2016 to represent Maine at the national level on the Republican National Committee and she was re-elected again in 2020. In 2012 Ellie founded SHE Leads, a Maine women’s initiative to identify, train and support conservative women who may have an interest in running for public office which she has continued to work on.