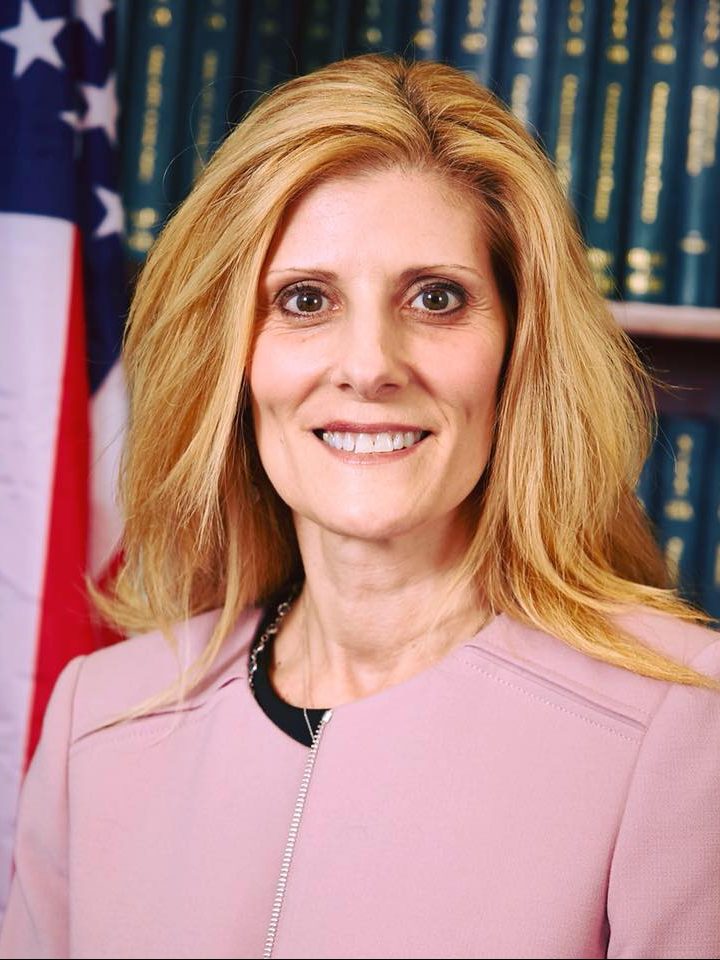 Senator Kristin M. Corrado was sworn in for her first term in the New Jersey Senate in 2017. A life-long resident of the Borough of Totowa, Senator Corrado represents the 40th Legislative District, which includes portions of Passaic, Bergen, Essex, and Morris Counties. Serving as the Republican Conference Leader in the State Senate, Sen. Corrado is a member of the Judiciary Committee, the Environment and Energy Committee, the Commerce Committee, as well as the Select Committee on New Jersey Transit.

Sen. Corrado is a graduate of East Stroudsburg University and Seton Hall Law School. A small business owner, Kristin is a partner in the law firm of Corrado & Corrado, Esqs., with her father, Robert E. Corrado. She represented the Borough of Totowa as their municipal attorney for 10 years before serving as Passaic County Clerk for seven years.

Kristin is the daughter of Bob and Eileen Corrado of Totowa. She is the second of seven children, with sisters and two brothers. She is married to Stan Alcala and is step-Mom to Danny, Matt, and Nicole. Kristin and Stan are grandparents to Mia and Valentina.