For the part of our planet that is beyond direct sampling (which is most of it) seismic waves offer an insight into the present day state of the interior. They can illuminate shapes of objects at depths, reveal changes in the state of the material, and offer clues about its texture.  In my research I use observations of seismic waves to probe the interior structure of the Earth. My studies yield information about the speed of different seismic waves: how it changes with depth, and from place to place; whether these changes are smooth or abrupt; whether there is any dependence on the direction in which seismic waves travel. While the means of my research have to do with elastic wave propagation and time series analysis, the motivation and goals are those of geological history and present-day tectonic activity. On the basis of inferences about seismic wave speed inside the Earth I try to understand what is happening there now, or has happened in the past. 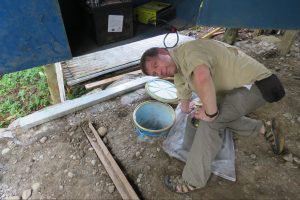 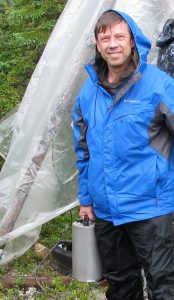 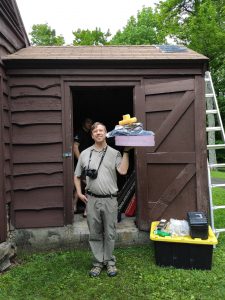 [photo gallery of field operations to build the array]

This is an evolving project, a collaboration between Yale University (Prof. Maureen Long and her students) and Rutgers Seismology group.

We are placing long-term portable seismic sensors along two (for now) lines crossing New England from East to West. The site shown is in New Hampshire, on the northern line; Another one is along the Mohawk Trail in MA.

Key objectives are the structure of the lithosphere and how it relates to past tectonic episodes that shaped this region.

Colloquial name: Quebec – to – Maine over Three Sutures, or QMIII

Part of the Earthscope., a national research program.

A collaboration with William Menke (Columbia) and Fiona Darbyshire (UQAM)

Data from the QMIII seismic array operated in the course of this project contributed to studies of crustal and upper mantle structure along a ~1200 km long transect that crossed three major tectonic elements of the North American continent. The project supported a PhD thesis by Xiaoran Chen, MS theses by Benjamin Dunham and Yiran Li, and offered independent study opportunities for four undergraduates. A publication on the likely upwelling in the upper mantle beneath New England (Levin et al., 2018) generated a remarkable degree of interest in popular science publications and general mass media.

Seismic data collected by the project are publicly available through the IRIS Data Management Center (doi:10.7914/SN/X8_2012).

A collaboration with  Steven Roecker (RPI), and with China Earthquake Administration Tibet Bureau.

Entrance into the crater of the Mutnovsky volcano, Kamchatka, summer 2011