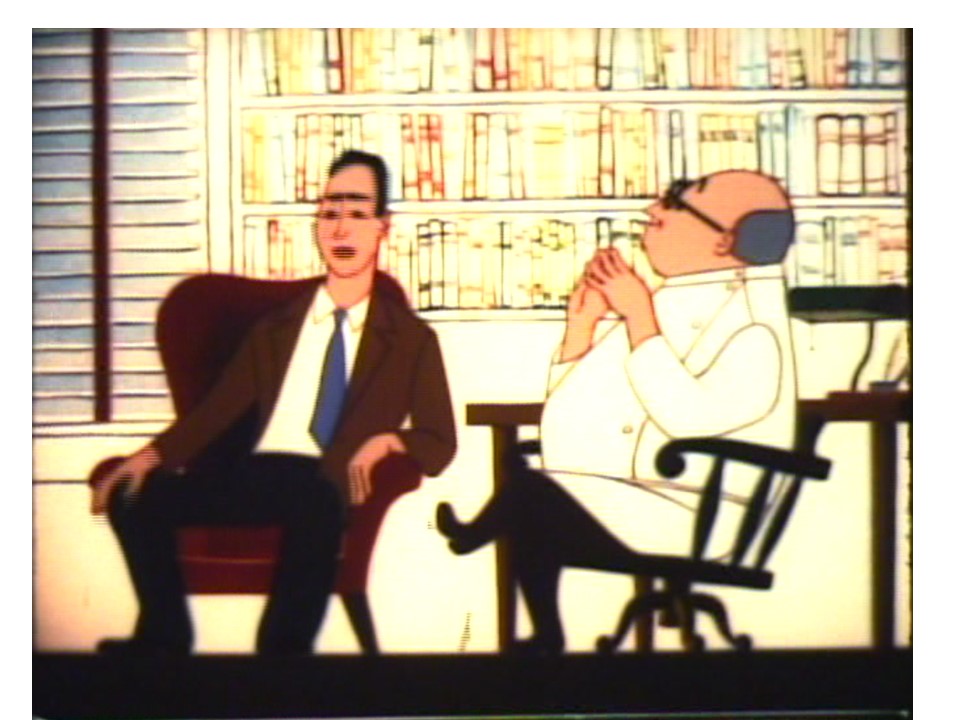 The CAS Library recently became aware of a cartoon film that E. M. Jellinek was involved with during his time at the World Health Organization. Buried in the last paragraph of his June 1964 American Journal of Psychiatry obituary is a reference to a film called “To Your Health.” We tracked down a copy on magnetic tape from Pennsylvania and, with the help of Rich Sandler at the Douglass Library Media Center, converted it to a DVD.

The ten-minute educational film is a delight to watch, alternating between whimsical and lurid. It was made in 1956 by Halas and Batchelor, the famed British animation company that produced propaganda films and other ani-mated features from the 1940s through the 1960s.

Many of the characters in the cartoon bear a striking resemblance to researchers then at the Yale Center of Alcohol Studies. The strongest resemblance, however, seems to be reserved for the doctor in the white lab coat: short, stout, balding, and wearing glasses.