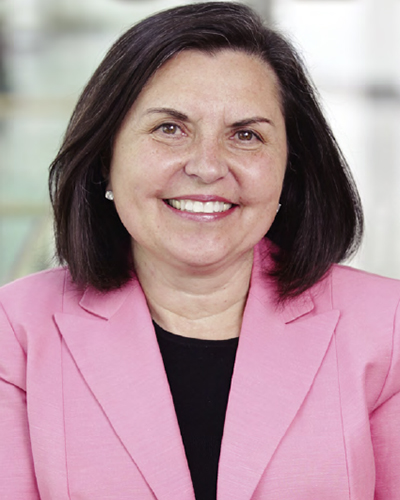 Dr. Elkabes graduated from Bogazici (Bosphorous) University in Istanbul, Turkey with a Bachelor of Science degree in Chemistry. She received her M.S. and Ph.D. degrees in Neuroendocrinology from the Weizmann Institute of Science in Rehovot, Israel where she was awarded the Feinberg Graduate School Award for Excellence. Dr. Elkabes pursued her post-doctoral training in neurobiology at the National Institute of Health and Cornell University Medical College. She was a visiting scientist in the Department of Pharmacology, University of Milan, Italy. She held a faculty appointment in the Department of Neuroscience and Cell Biology, Robert W. Johnson Medical School, University of Medicine and Dentistry of New Jersey, before joining the faculty at New Jersey Medical School, Rutgers. She is the director of The Reynolds Family Spine Laboratory in the Department of Neurological Surgery at NJMS-Rutgers.

Dr. Elkabes’ research focuses on neuroprotection, neural regeneration, neuropathic pain, neuro-immune interactions, and the cross-talk between neurons and glia in spinal cord injury and multiple sclerosis. Her research has been funded by various agencies including the National Institute of Health and New Jersey Commission on Spinal Cord Research. Dr. Elkabes has been a reviewer in NIH study sections since 2008. She has served as a reviewer in national and international funding agencies including The Israel Science Foundation; The Marsden Fund Council, New Zealand; The Medical Research Council, United Kingdom, and The Department of Defense. Dr. Elkabes has served as an ad-hoc reviewer in numerous scientific journals.

Dr. Elkabes is a full member of the School of Graduate Studies (SGS) at Rutgers. She received the Golden Axon Award for excellence in neuroscience teaching at NJMS. She has served as an acting co-director, executive committee member, admission committee member, and the first-year advisor of the Integrative Neuroscience Graduate Program, NJMS-Rutgers University joined the graduate program in Newark, NJ. She is currently a member of the Cell Biology, Neuroscience, and Physiology Track committee in the SGS at NJMS-Rutgers.