Breast cancer is the most common type of cancer in American women, according to the American Cancer Society.

Most women who develop breast cancer do not have known risk factors, but some factors may increase the chance of developing this disease. One of these risk factors is age — more than 75 percent of women diagnosed with breast cancer are over age 50. Other factors include:

Breast tumors are typically, but not always, painless, so it is important to have any breast or underarm lump checked. Swelling, discoloration, thickening of the skin or nipple discharge also should be checked immediately.

The breast is made up of ducts and lobules surrounded by fatty tissue.

Studies have shown that women with early-stage breast cancer who have a lumpectomy to remove the cancer followed by radiation live just as long as women who have a mastectomy and may be preferred by many women. The standard of care after breast-conserving surgery is external beam radiation therapy. Often, this follows chemotherapy.

Radiation therapy is commonly used after surgery to treat breast cancer. External beam radiation therapy is typically delivered to the breast, sometimes including the lymph nodes in the lower neck and armpit, over 15-30 daily treatments. The main side effect that patients experience during breast cancer radiation therapy is usually inflammation of the skin. Our team can help manage any side effect you have during treatment to make it as comfortable as possible for you.  We work closely with the breast surgery and medical oncology teams at Rutgers New Jersey Medical School to coordinate your care. 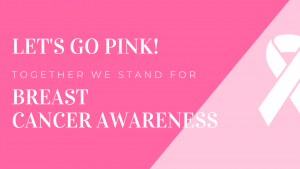