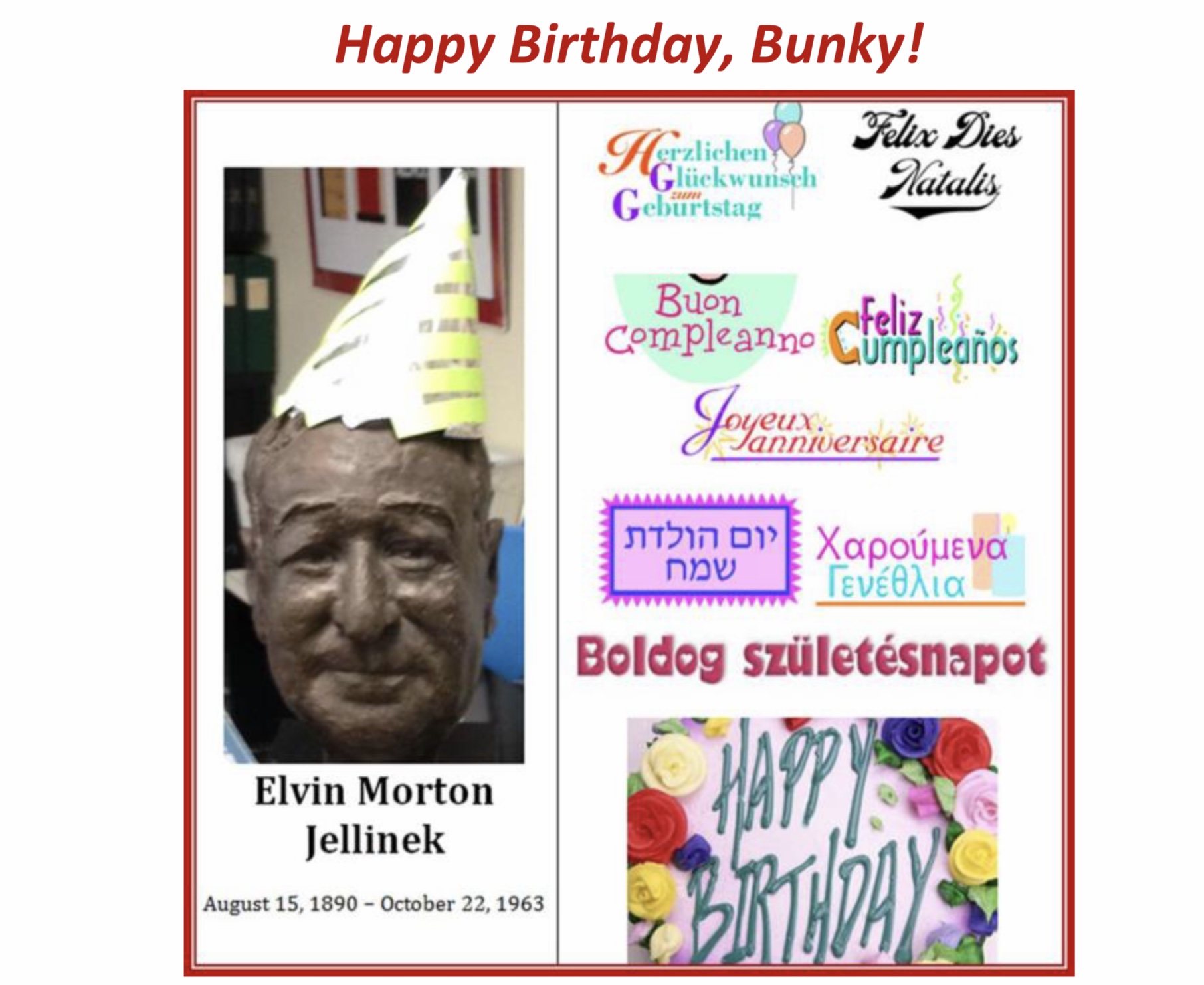 The Information Services Division is delighted to share a special issue of its newsletter to commemorate the 125th anniversary of E. M. Jellinek’s birth.

The Jellinek Corner, our tribute display at the CAS Library