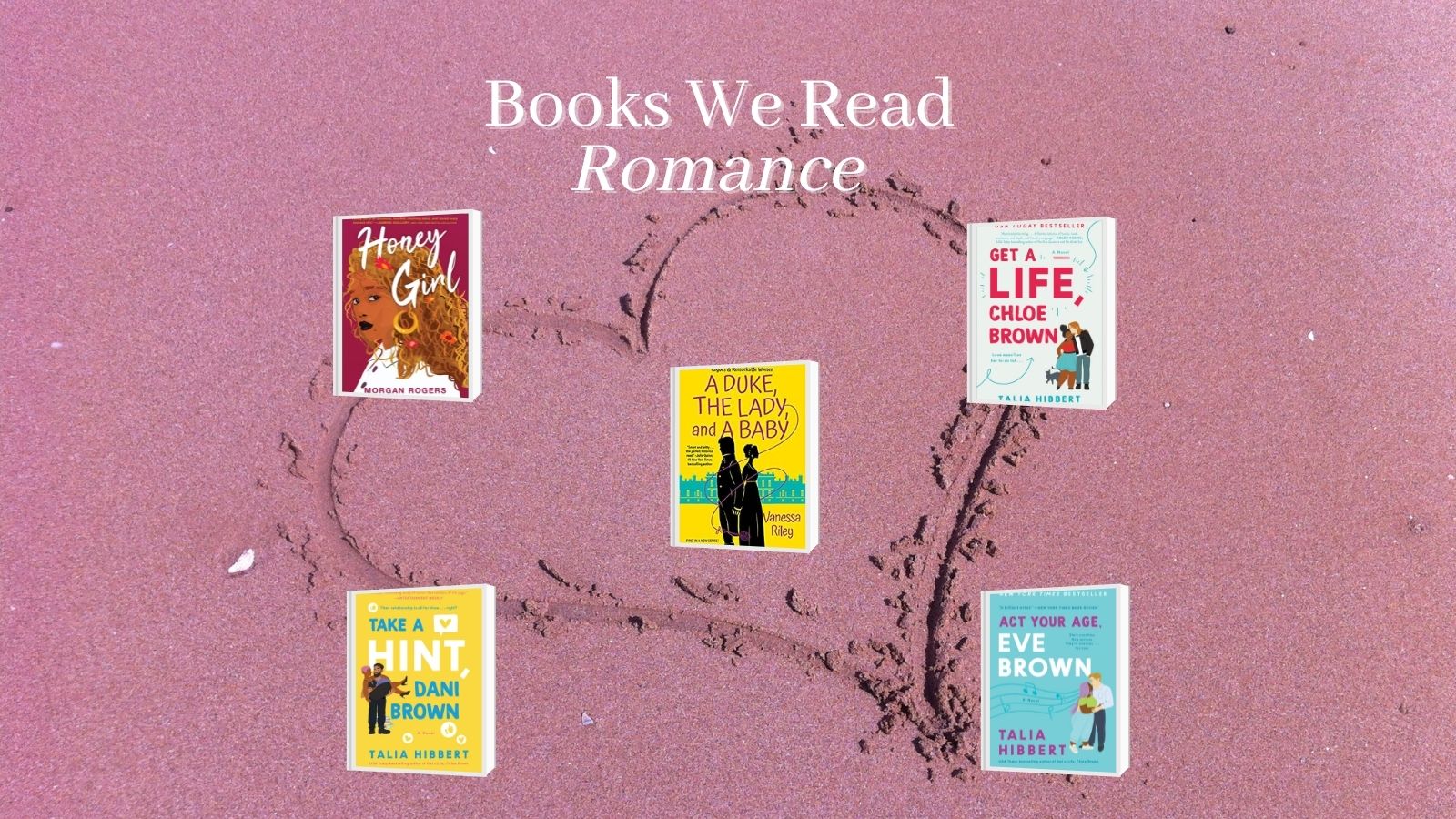 I read my first soft-core romance novel at nine years old. It was called The Undomestic Goddess and was written by one of my favorite authors, Sophie Kinsella. The book featured a high-strung attorney who ends up in the middle of nowhere working as a housekeeper in true Hallmark Movie fashion. She, of course, falls head over heels for the estate’s groundskeeper, and the tantalizing three-page sex scene was enough to set my prepubescent mind ablaze for years to come.

Despite my early introduction and subsequent dabbling in the romance genre, as I matured, the idea of reading about romance seemed trivial. By high school, I’d moved on from happily-ever-afters and Prince Charmings. I wanted my books experimental and trippy, devoid of clichés, and I turned up my nose when introduced to a Fabio-adorned cover or to any book that reminded me too much of the reading habits of a minivan-driving soccer mom.

Then the world stopped in spring 2020, and I was stuck all day in my studio basement apartment with an overwhelming sense that I was living through the apocalypse. Literary fiction stopped cutting it; dystopian sci-fi novels only packed on the anxiety. I needed an escape. That’s when I found The Brown Sisters trilogy by Talia Hibbert. Get a Life, Chloe Brown tells the story of a somewhat spoiled loner who decides to move out of her family mansion and start a life of her own. Chloe, our heroine, was diagnosed with fibromyalgia in her 20s, a disease that leaves her chronically ill and caused many of her former friends to abandon her before the start of the novel. She’s hesitant to let people in. That is until she meets Red, her new superintendent, who she just can’t stand––even if he is sexy.

The next two novels follow the love lives of Chloe’s younger sisters Dani and Eve. Each is more delectable than the next. The books present a sort of fantasy world where each heroine knows her worth while still remaining vulnerable. Chloe, Dani, and Eve all know that they’re desirable despite living in a world that prioritizes white, thin beauty (of which these women are neither). Their eventual partners, in turn, are all sensitive and loving. The central conflict of each novel tends to be about past hurt or trauma each partner and heroine has faced. However, never once do their relationships veer into toxicity. Problems are addressed eventually by each party allowing themselves to be vulnerable and talking it out.

And through all of that, the novels still manage to deliver on the sex scene quota in a way that feels both realistic and hot.

These books were essentially the romance jackpot and the perfect reintroduction into the genre. I followed their read with the Bridgerton series by Julia Quinn but was left shocked and unsatisfied. Not only was Bridgerton less well written than The Brown Sisters, but it revealed a host of problematic tropes prevalent in the romance genre.

The series takes place in Regency England and therefore is incredibly white with its cast of characters and its attitude and treatment of everything outside the western narrative. Race isn’t really ever mentioned in the Bridgerton books, but there are uncomfortable hints of British colonialism throughout. In the first book Simon, the romantic hero, has returned to England after many years spent in Africa. The country itself is never named, though he does mention the “mysteries of North Africa” at one point (Quinn, Chapter 2). Another character also associates Africa with barbarism when Simon mentions sacrificial lambs (Quinn, Chapter 4). Romancing Mister Bridgerton, in particular, focuses on Colin Bridgerton, who frequently jets off to “exotic” locations such as Greece and Italy.

To be fair to Julia Quinn, the last book in the Bridgerton series was published in 2006 when discussions on language and race weren’t as mainstream as they are today. But I read the series shortly after its Netflix adaptation was released, which, combined with the issues of its source material, made the issue of race especially apparent.

Even more shocking to me was Quinn’s title in the romance community as a feminist author. The first two novels in the Bridgerton series don’t strike me as particularly feminist. Daphne, the heroine in The Duke and I, effectively rapes her husband to force him to have a child. Anthony, the main hero in The Viscount Who Loved Me, is misogynistic at best and abusive at worst. The Bridgerton series, to Quinn’s credit, gets better about its portrayal of consent as it goes on, and I do think there are feminist heroines in the form of Penelope, Eloise, and Hyacinth.

The romance genre is in a renaissance with books like the Bridgerton series standing as the old guard and The Brown Sisters as the new. What strings these two series together is that they’re women-centric, defiant in the face of women’s devaluation in a larger misogynistic culture. It’s not wrong to want to escape and enter a fantasy world where the perfect partner exists, or you’re the one capable of reforming the bad boy. These books, however, have been traditionally dominated by white straight women authors and therefore are sometimes plagued with the attributes of white feminism. That seems to be changing as more readers develop an appetite for diverse narratives and stories, but there’s still more work to be done.

Here are a few romance recommendations for a healthier reading diet:

A Duke, the Lady, and a Baby by Vanessa Riley

If you’re a fan of regency fiction and mysteries, you’re sure to love this book with action and romance in equal turns. Patience Jordan left the West Indies to live with her husband in England, where she was ostracized and lonely. After his suicide, she is trapped with no fortune or rights to her son, Lionel. She must find her son and escape or regain rights to him, all while fooling her husband’s handsome cousin, Lionel’s new guardian.

If you’re looking for a sapphic millennial daydream this is the book for you. Honey Girl is so beautiful it hurts to read. Grace Porter always has a plan, but after she finishes her Ph.D. in Astronomy, she’s unsure where to go next. There’s also a drunken night in Vegas, the memory of a beautiful girl who smells like sea salt, and a mysterious key that she can’t forget.

One Last Stop by Casey McQuiston

Disclaimer: I haven’t actually read this one in full. My friend handed me her copy this summer while I was visiting, and I got a few good chapters in before I had to leave but what I read had me hooked.

August is a cynical 23-year-old minimalist struggling to commit to just one college major. She is forced to accept magic and romance after moving to New York City and meeting the suave Jane.