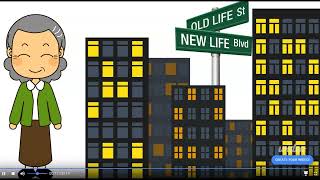 The short story “Diem Perdidi” by Julie Otsuka is about a woman with dementia. The story is written in the second person as the woman’s daughter narrates her mother’s memory loss.

The narrator’s mother is still herself and yet not herself. She can remember how to play Claire de Lune on the piano; she remembers the narrator’s star sign. She remembers each of her children’s births and that her husband brings her on daily outings.

But she is more than a mother; the story details the woman’s grief from lost love and the death of her first daughter. She forgets how to behave and sometimes cannot remember the narrator’s name.

Though the narrator is careful not to insert herself, readers can feel her desperation as her mother’s personality and self wanes and waxes.

In The Best American Short Stories 2012, Otsuka gives more context for the story and her choice to write it. She based the story on her real mother’s dementia. Otsuka is no stranger to writing about her family. Her novel When the Emperor Was Divine was inspired by her family’s experience in Japanese internment camps. “Diem Perdidi,” however, is even more personal. Otsuka said she was hesitant to write about it at first, but eventually, the project made her feel euphoric:

“Writing it, I suppose, was my way of keeping my mother with me in the world, a way of being with her even as she was slipping away,” she wrote.

This story will resonate with anyone who’s watched his or her loved one age. It depicts a slow march toward loss and examines what memories we cling to and what we lose. Though the narrator’s mother becomes more and more limited in her capacity to remember, she never loses her love and feelings. What she does remember constitutes a full and vibrant life.

As a future school librarian, I’ve had to become well acquainted with the art of the book talk. A book talk is a video where the presenter attempts to sell viewers on a book. It has to give readers a hook, a synopsis, and a why-you-should-read line.

I’ve never created a book talk for a short story before and I was nervous I’d give away too much plot with this video.

This video was created using a variety of software. The animation you see above was originally created using Wideo. All of the images are either licensed under their platform or creative commons. I wanted the quote part of the video to be simple and cartoony but also a little sad, as though the items listed are fading away. Wideo does not allow users without a subscription to upload multiple audio clips. It also doesn’t allow users to download their videos or upload them to Youtube. I discovered this after spending a couple of hours already crafting the animation portion of this video. I used three separate Wideo videos to make the animated portion and recorded the narration through Audacity before uploading it. I had to make sure the graphics aligned with the narration.

I then used Screencast O’Matic to record the three parts of the animation video. I edited out extraneous pauses and set up time in between clips.

The rest of the video, which is linked above, was easy to shoot and record. I wrote up a script and used my computer’s camera to record it.

I then used the editing software Clipchamp to merge the two videos together.