It’s our great privilege, in association with Summer Session and New Brunswick Libraries, to (virtually) welcome Julie Otsuka to Rutgers!

As the author of When the Emperor Was Divine, The Buddha in the Attic, and The Swimmers: A Novel, Otsuka is one of the most exciting fiction writers on the contemporary American scene. Her work has earned the the Asian American Literary Award, the PEN/Faulkner Award, an American Academy of Arts and Letters Award, and a Guggenheim fellowship, and she has been a finalist for the National Book Award.

Otsuka’s prose has been described as “incantatory” for the echoing effect of its repetition and variation­­––in short, declarative sentences, she crafts mesmerizing stories of individual and collective identity, memory, and the rhythms of everyday life. Her characters are vivid even when unnamed, or part of the larger “we” that is so often the subject of her fiction. Her first two novels in particular focus on the experience of Japanese-Americans in the early twentieth century, and When the Emperor Was Divine was removed from a high school curriculum in Wisconsin for its criticism of the U.S. government’s internment of Japanese-Americans during World War II. As proud observers of Banned Books Week, we are particularly proud to welcome an author whose fiction has brought to light histories that some would rather forget, and yet which remain all too relevant today.

Julie Otsuka will read a short selection from her most recent book, The Swimmers, and then I’ll ask her some questions about the passage we heard, her work more generally, and life as a writer. We hope to see you there!

The Swimmers: A Novel by Julie Otsuka 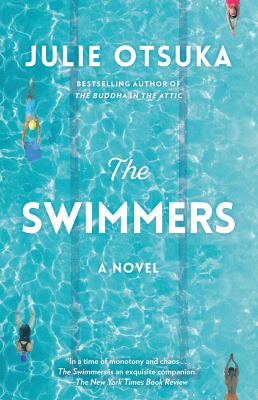 The swimmers are unknown to one another except through their private routines (slow lane, medium lane, fast lane) and the solace each takes in their morning or afternoon laps. But when a crack appears at the bottom of the pool, they are cast out into an unforgiving world without comfort or relief.

One of these swimmers is Alice, who is slowly losing her memory. For Alice, the pool was a final stand against the darkness of her encroaching dementia. Without the fellowship of other swimmers and the routine of her daily laps she is plunged into dislocation and chaos, swept into memories of her childhood and the Japanese American incarceration camp in which she spent the war. Alice’s estranged daughter, reentering her mother’s life too late, witnesses her stark and devastating decline.
(Source: Publisher’s site)

The Buddha in the Attic by Julie Otsuka 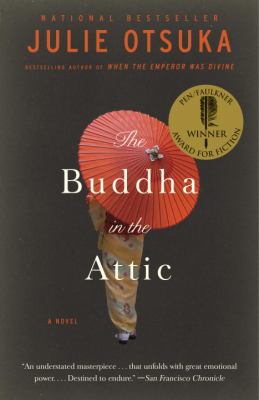 In eight unforgettable sections, The Buddha in the Attic traces the extraordinary lives of these women, from their arduous journeys by boat, to their arrival in San Francisco and their tremulous first nights as new wives; from their experiences raising children who would later reject their culture and language, to the deracinating arrival of war.

Julie Otsuka has written a spellbinding novel about identity and loyalty, and what it means to be an American in uncertain times.
(Source: Publisher’s site)

When the Emperor Was Divine by Julie Otsuka 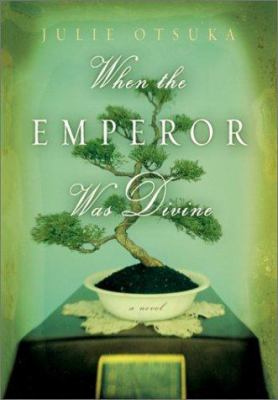 On a sunny day in Berkeley, California, in 1942, a woman sees a sign in a post office window, returns to her home, and matter-of-factly begins to pack her family’s possessions. Like thousands of other Japanese Americans they have been reclassified, virtually overnight, as enemy aliens and are about to be uprooted from their home and sent to a dusty incarceration camp in the Utah desert.

In this lean and devastatingly evocative first novel, Julie Otsuka tells their story from five flawlessly realized points of view and conveys the exact emotional texture of their experience: the thin-walled barracks and barbed-wire fences, the omnipresent fear and loneliness, the unheralded feats of heroism. When the Emperor Was Divine is a work of enormous power that makes a shameful episode of our history as immediate as today’s headlines.
(Source: Publisher’s site)